The Achilles tendon is a component of the gastronemius-soleus muscle-tendon unit. This unit, located on the back of the lower leg, is responsible for the generation of forceful plantar flexion motions of the foot.

Achilles tendinosis, or tendonopathy, refers to localised pain in the Achilles tendon, the onset of which may be gradual and/or particularly prominent in the morning time, or in the hours following exercise activity. Local swelling may also be visible and tenderness may be felt on palpation. The condition may be caused by sudden increases in running volume or intensity, abrupt changes to habitual running surface, or inadequate footwear.

Treatment of Achilles tendinosis may involve:

Prevention is aided by: 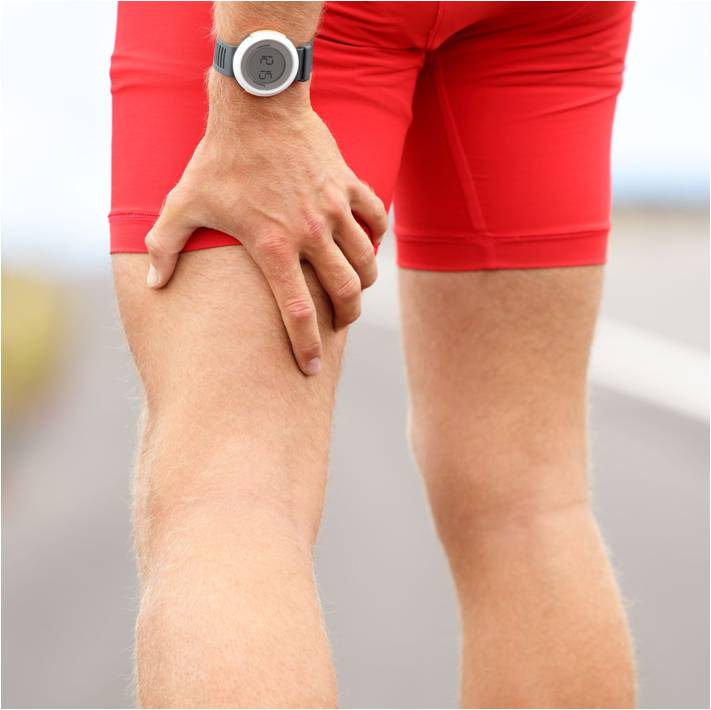 The hamstrings are a large group of muscles (semitendinosus, semimembranosus, and biceps femoris) located on the back of the upper leg whose function is flexion (bending) of the knee and extension (straightening) of the hip. As a result, the hamstrings play a vital role in lower-body orientated activities such as running, with their flexibility an important component of running efficiency and injury prevention.

Whilst complete rupture of the hamstring muscles in runners is relatively rare, partial rupture, or overuse injuries of the biceps femoris in particular are more common. Injury often occurs at the muscle-tendon junction or at the tendon insertion into the head of the fibula, with resulting local tenderness and swelling. Pain often occurs when the knee joint is bent against resistance. Injury to the hamstrings is often the result of weakness and/or poor flexibility in one or more of the muscles.

Rest, ice and compression should be applied in the acute phase. As tenderness and inflammation resolve, local heat and the use of a heat retainer should be applied until no pain is felt under load. As a further means of treatment and future prevention, strength and stretching exercises for the hamstrings should be performed regularly.

When injury-free, the following useful self-test of hamstring flexibility. Lie flat on your back on the floor and lift one leg up straight as far as you can, keeping the opposite leg in contact with the floor. Note the approximate degree to which you have raised your leg from horizontal. Lower and repeat with the opposite leg. Score your results as follows;

If your results indicate poor or very poor hamstring flexibility, its important that you work on developing greater range of motion by regular and applied stretching.

Medial tibial stress syndrome (often referred to as “shin splints”) is a common complaint amongst runners that results in pain and discomfort on the medial border of the tibia (inside of the shin). The injury may necessitate a temporary but complete cessation of impact exercise and if severe, may adversely any weight-bearing activity.

The syndrome may result in: 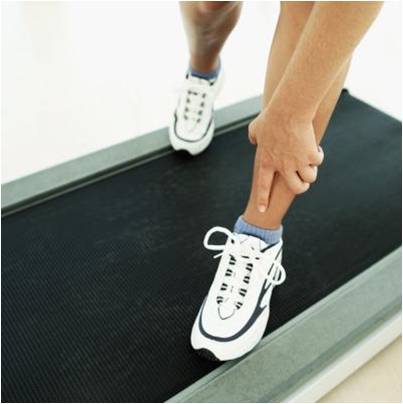 High training load on hard surfaces, or a sudden transition to training on harder surfaces, may trigger the syndrome. Pronation of the feet whilst running, poor flexibility, and incorrect choice of footwear can also be contributory causes.

To prevent the syndrome;

Plantar faciitis is relatively common in runners, with those who excessively pronate (turn inward) on foot strike particularly susceptible. For the same reason, runners who have flat feet or a leg length inequality may be more likely to develop the condition. Significant also, prolonged activity in shoes that provide inadequate support for the arch and cushioning for the heel can also contribute to plantar fascial pain.

Characteristics of plantar faciitis are:

In a majority of cases, plantar faciitis is a self-limiting injury, meaning improvements and/or resolution occur over time with basic treatment, but a return to load bearing sports activity may take months, depending on its' severity. Recommendations for treatment and prevention of the injury include;

Runner's knee is the common name for iliotibial band friction syndrome, a painful overuse condition that affects the outer part of the knee. The iliotibial (IT) band is a long length of tough connective tissue that extends from the tensor fascia latae muscle, located at the side of the pelvis, downwards to the outside of the shinbone (the tibia). 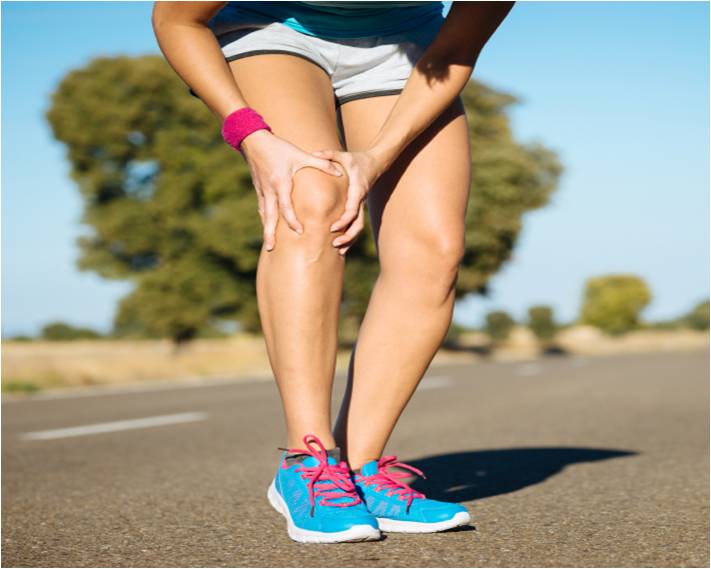 The condition arises from repeated friction of this band over the bony prominence at the widest point of the thighbone, known as the lateral femoral epicondyle. Symptoms include:

High training volume, weakness of the hip abductor muscles (those responsible for pulling the leg away from the centreline of the body), excessive pronation of the foot (rolling inwards on foot strike), or leg length discrepancy, which can be either anatomical or induced by running continually on cambered roads, can all increase risk of developing runner's knee.

Development of runner's knee necessitates a reduction in training load and appropriate modification to avoid pain-causing situations such as downhill running or cambered road running. Reduce inflammation by repeated, daily application of ice, and/or prescribed anti-inflammatory medication. Once inflammation is under control, intervention by a qualified physical therapist to reduce restriction in the muscles and tissues of the hip, thigh and knee can help to facilitate recovery. Such professionals can also prescribe appropriate stretching and strengthening exercises, and assess need for corrective orthoses to address possible leg length discrepancy.

Avoidance of runner's knee is facilitated by a number of measures;